The first image here is one of a pair of altar rails in oak, to a design developed with the church, who wanted a modern touch. I like them, but the sedilia in the background is even better.

Next is the base of a small, triangular altar in beech, which is used in the round, and then a picture of the whole thing, showing the spalted beech top.

Following this is a stand for a processional cross. Once again the client wanted a light, modern touch in a dark, Victorian building. Like the triangular altar base it was an enjoyable challenge to make.

As was the font stand. (Although I was disappointed when I took delivery of the ceramic bowl: I had ordered a bigger one, which would have been better in my view. Fortunately my customer was very happy with it, but I never wish to deliver anything less than I have promised.)

Finally there are two images of a sound and media desk. The style is traditionally Shaker, it is the purpose which is modern. 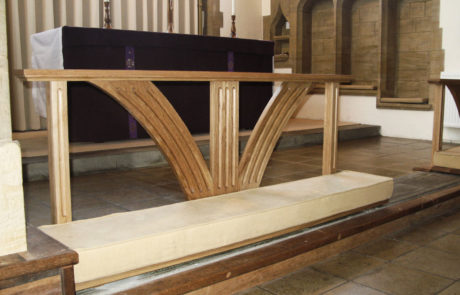 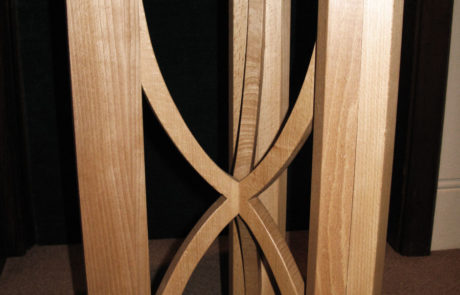 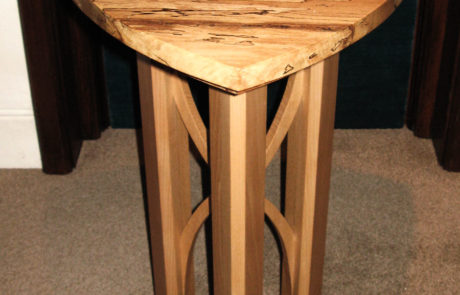 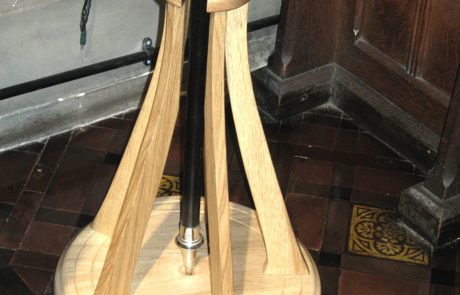 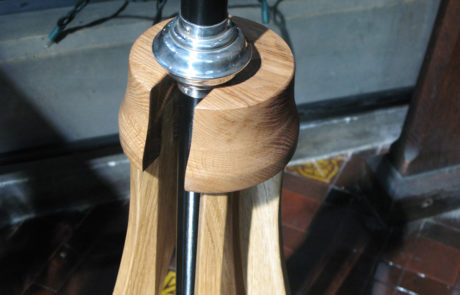 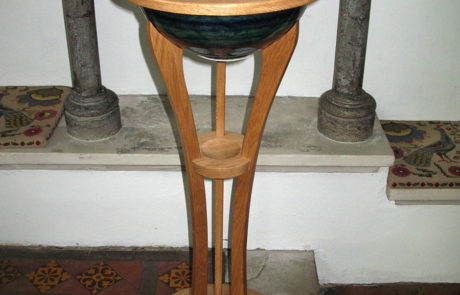 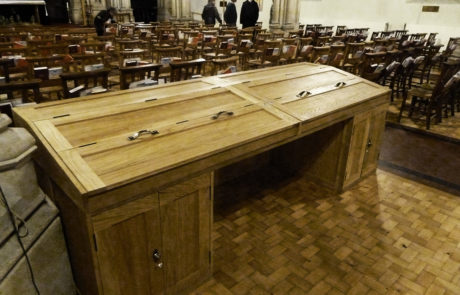 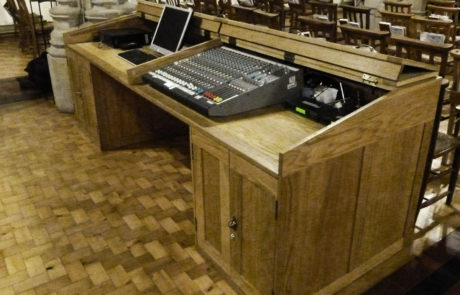