Most of these furnishings are for an Orthodox church in Suffolk. First is a picture of the royal doors as they are now, complete with icons. Next a picture of the whole iconastasis, with royal and deacon’s doors, before the icons were added (there are a few temporary ones in pace).

Next come a pair of ripidi – liturgical fans with six-winged seraphs.

Then the prestol, or altar. It is of quite a simple design in pine, as the whole thing is to be covered with a cloth.

The music stand doubles as a bookcase. Also the top spins round, so the singers can switch readily back and forth between texts.

Finally there is a pair of marriage chairs. Eagle-eyed, ecclesiologically astute viewers may recognise these as Coptic from the form of the crosses inscribed in the backs. I’ve put them on the Orthodox page because I don’t have anything else to place in a Coptic section, a shortage I would be happy to remedy. 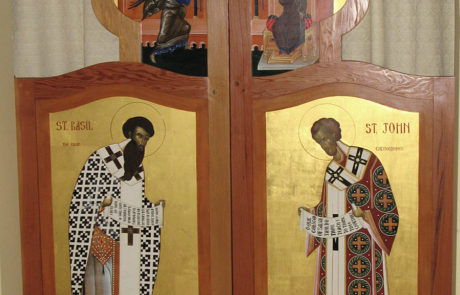 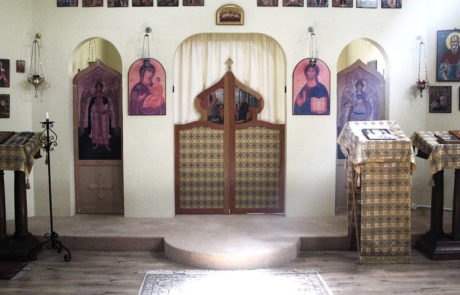 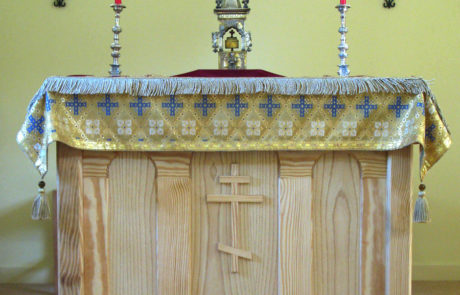 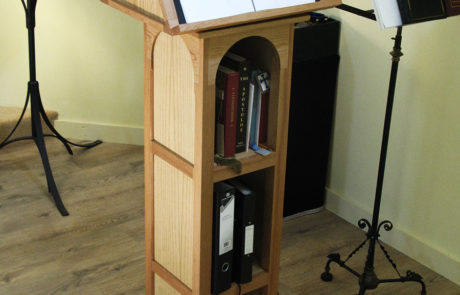 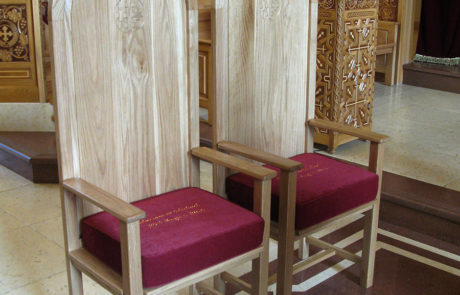