I enjoy making a variety of different things, and here are a few. Everything except the last is made of oak.

Firstly an altar rail, one of a set of four. I pinched most of the design details from an Arts and Crafts sourcebook. There are steel brackets built into it for strength. The bench also doubles as an altar rail, and is one of a pair in Magdalene College, Oxford.

Secondly two images of a throne or cathedra for The Archbishop of Edinburgh and St Andrews, with two accompanying stools. The throne is based on the Coronation chair in Westminster Abbey which was the design reference point I was given.

The music stand is in Cambridge – Trinity Hall. It is fully adjustable, and bears their crest and motto.

Next is a lectern. I claim on this site that ‘everything is unique’, but I should confess that I’ve made two of these. I would be happy to make another.

The prayer desk is also one of a pair (for priest and deacon or other assistant). Its form matches the frontals of the choir stalls, alongside which these stand. It is pictured with no finish (just because it’s the nicest photo I’ve got – crisp, uncluttered).

The radiator cover is over an enormous, cast iron Victorian thing. It is made from an old pew which was being removed from the church. When I was demolishing the pew in situ, an elderly man approached me and said his grandfather had seen the pews come in on a horse-drawn cart. He was clearly upset to see it go. Later, after the rebuilt piece had been installed, he approached me again to say how pleased he was with the result. He was quite won over.

Next one of a pair of large cupboards. One holds folding tables and chairs, one a small kitchenette (which I did not fit). The shape, colour and moulding on the doors complements existing panelling. The doors are trifold, and there’s a picture of one of them half open.

Lastly before and after shots of an old pew, smartened up and with a new end. 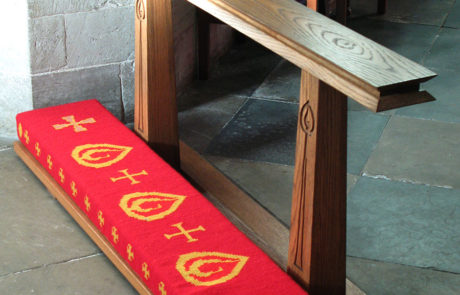 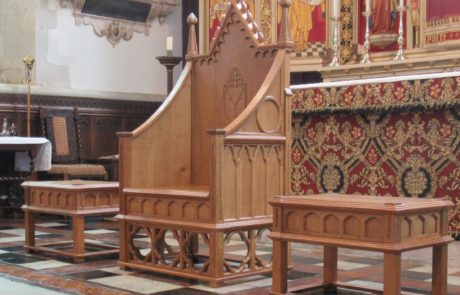 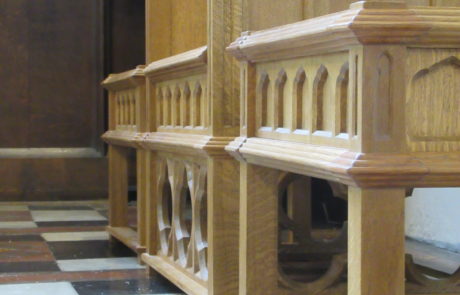 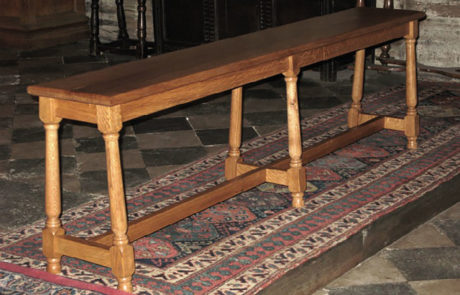 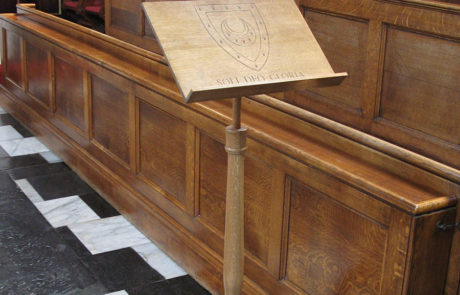 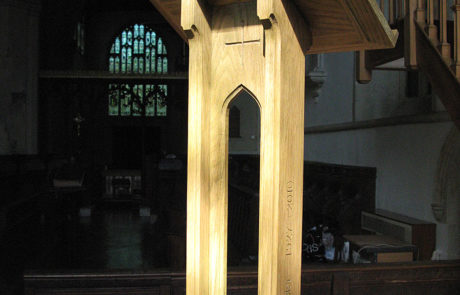 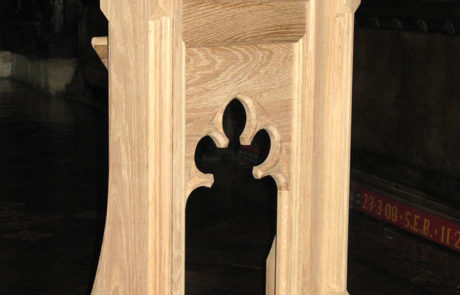 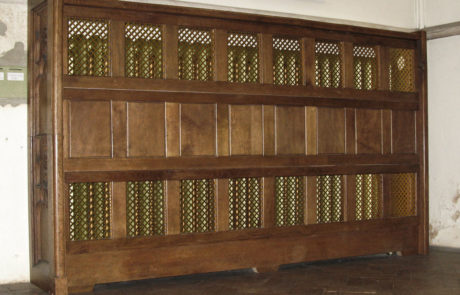 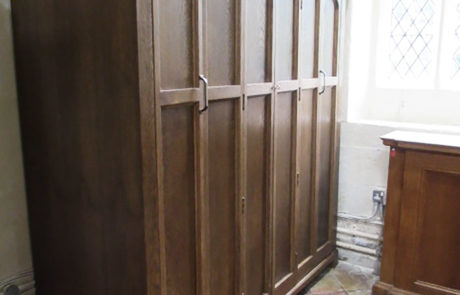 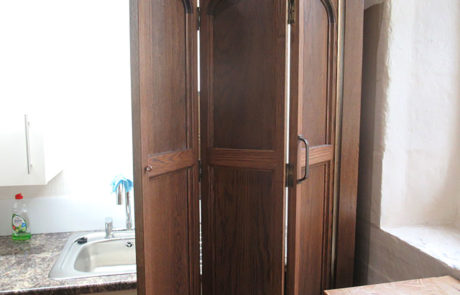 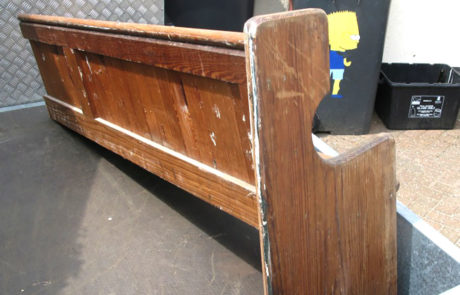 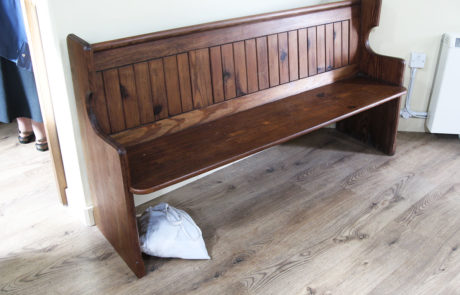